On a farm or ranch, you might expect to pick vegetables, flowers, fruit—any number of growing things. But rocks?! Yet, at Stonehaven, rocks are one thing we have no shortage of. The earth expels them during the winter. When the bison walk over them, they become loose in the ground—ripe for picking. We think that the rock wall that borders Block Road on the southeast corner of the property was stacked from rocks that were removed from what is now hay field, but used to be land that was planted in row crops.

We recently built holding/sorting pens that adjoin our squeeze chute setup. We warned the contractor we hired to build the pens that he would need to be prepared to work around rock—in case he didn’t notice the rock wall along the road or the rocks of all sizes laying on top the ground and pushing up out of it. He ended up having to drill every hole to be able to place the support posts that were required.

By the time the holding pens were built, we had huge chunks of drilled, circular rocks piled up and scattered among those that had come out of the ground. We were able to move most of the drilled-out rocks with the tractor, but the rocks that nature gifted us with have to picked up by hand. They are scattered too much to make using the tractor efficient, other than as a means of toting them away.

Picking rocks may seem like a hard and tedious task to most people. And I guess in some respects it is. But I enjoy it. It’s easy enough picking the rocks up from the ground and tossing them in a pile either in a vehicle or on the ground to be scooped up later and moved.

Digging them is where the fun comes in. I use a spade to dig down next to the rock and pry it up out of the ground. I am not sure why it is, but I get an enormous sense of satisfaction whenever a rock is ejected from its bed in the ground. Curiously, the first few rocks you pick up seem quite heavy, but as the hours roll on, you can pick up bigger and bigger rocks without too much struggle. Eventually, of course, your body just gets tired and you have to stop.

We had a young woman visit who threw shotput for the track team. I demonstrated the art of picking and throwing rocks in a pile, suggesting that perhaps she and her teammates would find picking rocks a good form of training. I have not seen that girl since. 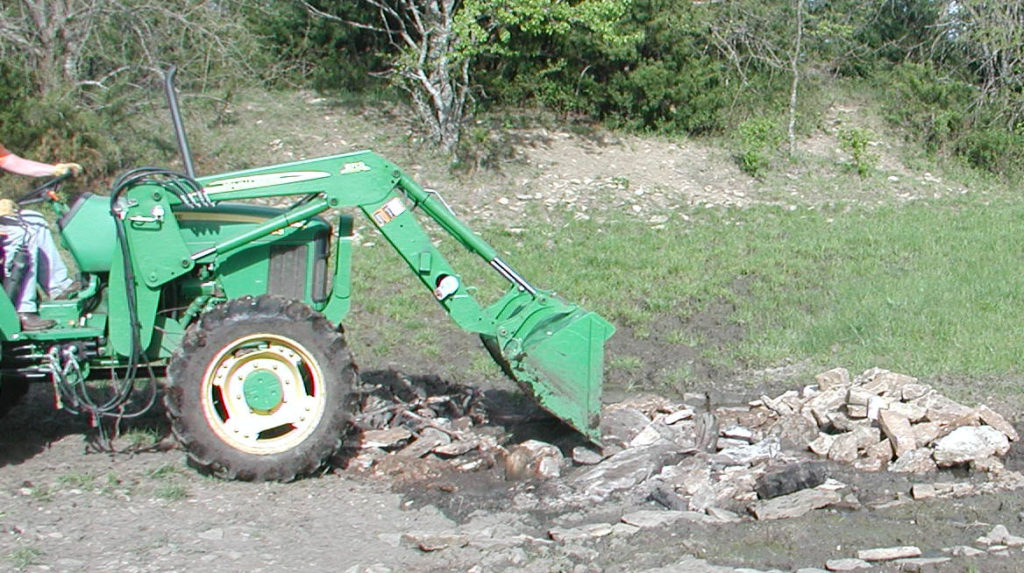