“Good fences make good neighbors” is a proverb Robert Frost popularized in his 1914 poem “Mending Wall”. People have argued the intent behind Frost’s poem, depending on whether they liked the idea of fences or didn’t, but one thing is certain, fences make a lot of sense when it comes to livestock.

We’ve built a lot of fence (see Getting started) around our pasture and have a lot more to build to open up the hay field to rotational grazing. Installing fencing is a lot easier than it used to be. We don’t have to use manual post-hole diggers anymore. But we still have to clear the fence line of trees and other growth. That’s where the fun begins. 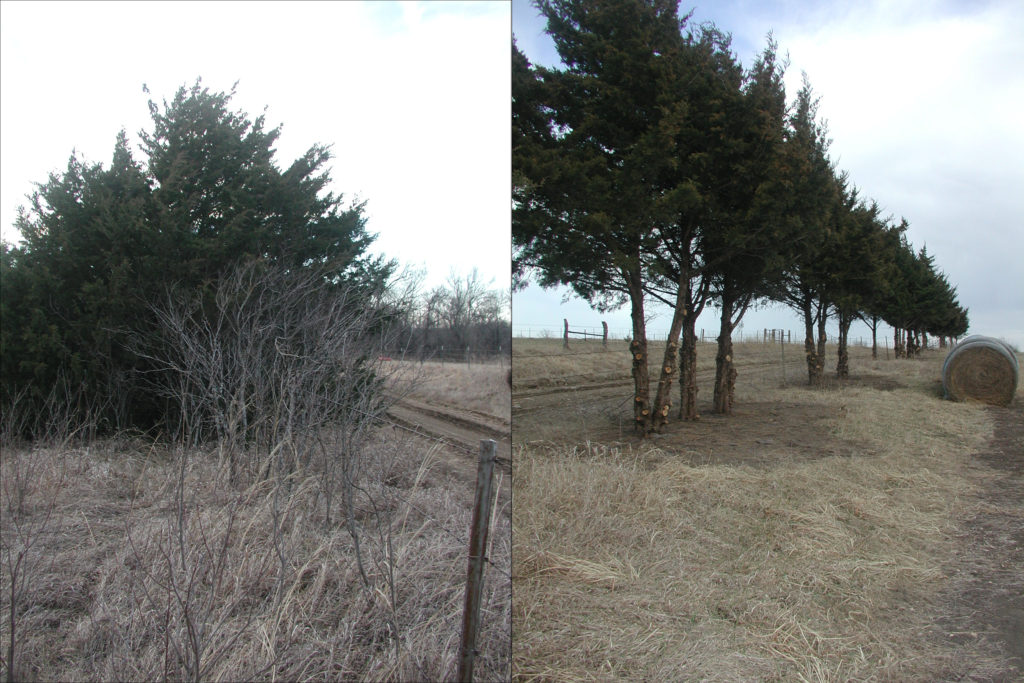 Before (left) and after trees and growth removed from fence line


The idea is to get the entire fence line to look like the after picture. Then, you can install your fence.

Most people understand the idea that a fence keeps livestock in, and while bison may not understand that the boundaries also help to keep them safe, they respect them–getting too close gives them a brief, but unpleasant jolt. The real key to keeping bison in their pastures, though, is to keep them happy. Ensure they have plenty of food and water, and they won’t have a reason to roam.